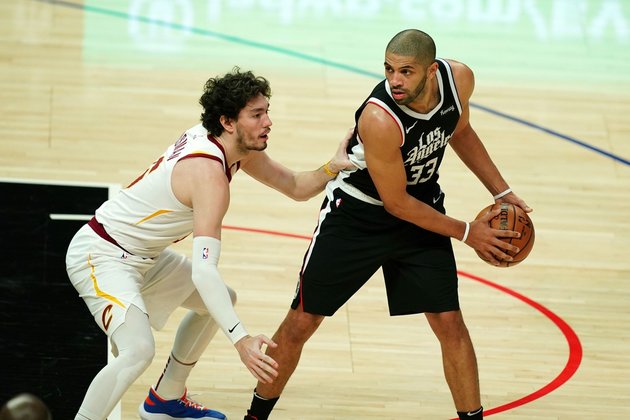 Collin Sexton scored 26 points, Evan Mobley recorded 12 points and 10 rebounds in his return to Los Angeles and the Cleveland Cavaliers led the Los Angeles Clippers nearly wire-to-wire in a 92-79 win on Wednesday.

Cleveland never trailed en route to its third consecutive win and second on a five-game road swing, and the score was tied only once. A Sexton free throw inside the first three minutes gave the Cavaliers a 3-2 lead, and they were on top the rest of the way.

Cleveland locked up Los Angeles defensively, holding the Clippers to just 35.6 percent shooting from the floor and 22 percent (9 of 41) from behind the 3-point arc. The Cavaliers struggled from long range as well, going 3 of 20 (15 percent).

However, a balanced offense with five scorers in double figures plus a 57-36 rebounding advantage were enough to power Cleveland to its first road win over the Clippers since 2016.

Mobley's 10 boards, along with another 10 from Kevin Love off the bench, set the pace for Cleveland.

Mobley, a rookie forward who played just a few miles south of Staples Center at the University of Southern California, scored the game's first points with a putback dunk. He also contributed to the defensive effort with two blocked shots.

Darius Garland scored 16 points for the Cavaliers, Ricky Rubio added 15 points off the bench, and Love completed a double-double with 10 points.

Reggie Jackson and Batum led Los Angeles with 16 points each.

Paul George recorded a double-double for the Clippers, matching the game-high of 10 rebounds, but Los Angeles' primary offensive weapon through the first three games was held to just 12 points on 6-of-20 shooting from the floor.

The Clippers' bench, which scored 65 points the last time out in a rout of the Portland Trail Blazers, combined for just 18 points on Wednesday.